I took a cinematography class when I was a teenager, and one of the movies we studied was  The Bicycle Thieves. A poor man gets a job putting movie posters up around Rome, but his bicycle—without which he can’t put up the posters—is stolen.  The movie follows him as he tries to find the thieves.  In the very last shot, when the man is utterly lost and hopeless, the camera pulls up and back—higher and higher—so we look down on him as he grows smaller and smaller.  That shot delivers an emotional punch you couldn’t get any other way.

I find that camera angles are important when storyboarding a picture book.  Here is Santa Claus entering the workshop; he’s tired, oppressed, overwhelmed and not into the toy-making thing.  I think looking down on him is the best way to tell you how Santa feels at that moment.

Here is the thumbnail sketch, the tight sketch, the color sketch and the finished painting.  Color is another tool for storytelling.  You can see in the color sketch that I created a big oppressive gray-and-black frame to surround and bear down on Santa.  I isolated him by putting him in the door frame.  In spite of the workshop’s warm, happy colors, Santa is in his own small patch of cool blue.

The Year Without a Santa Claus was written in the 1950s so I included some toys from that time—like this Ruthie doll.

And yes, that is a pork-pie hat. 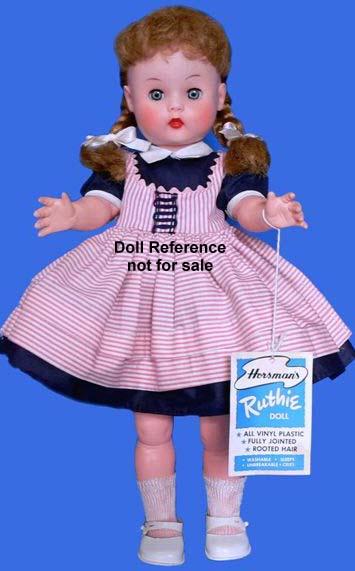 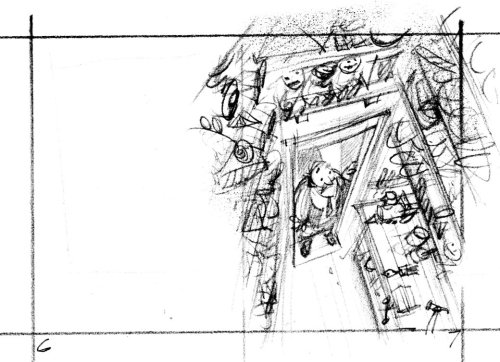 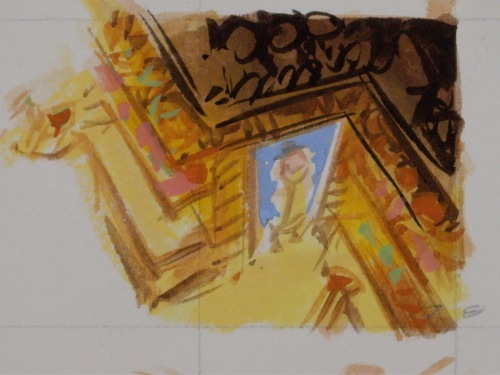 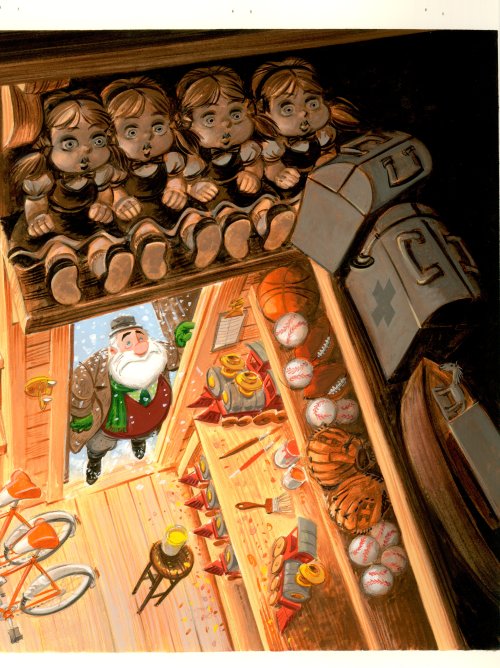 Like Loading...
This entry was posted in book promotion, illustration process and tagged Christmas, Santa Claus, workshop. Bookmark the permalink.