A devoted reader sent in this idea to round out our Caravan Comedy series. Thanks, Heidi K! 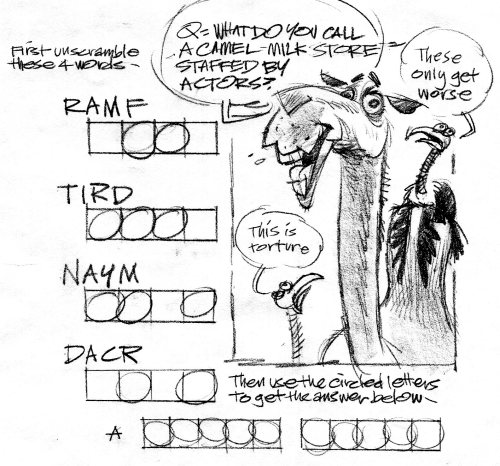 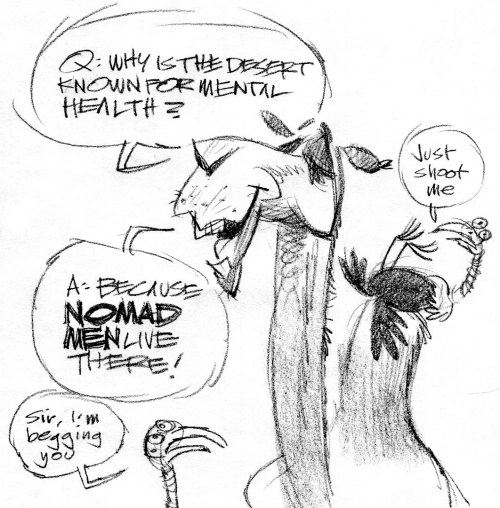 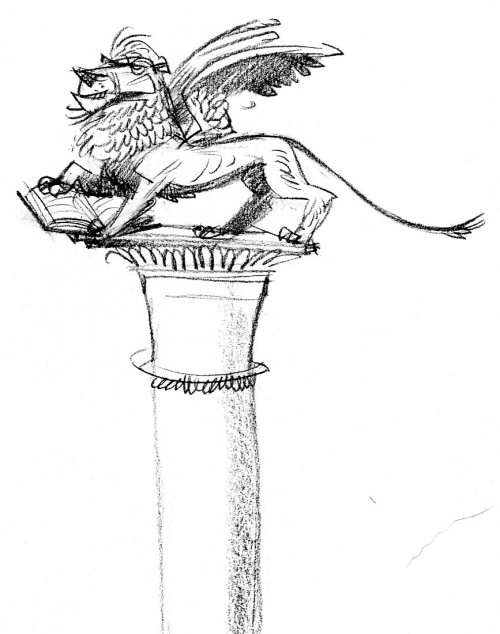 Saint Mark’s winged lion statue on top of a granite column in the Piazza San Marco in La Serenissima—’the Most Serene’ is Venice’s nickname.

Okay, maybe it wasn’t as simple as “the Ottoman Empire closed the Silk Road.” After all, why wouldn’t the Ottomans want to do business with European merchants?

You remember that Marco Polo and his family were merchants from Venice. Venice was perfectly situated for trade—right on the shores of the Adriatic Sea; and close to the westernmost end of the Silk Road by land.

Venice was a city of smart cookies. Her city government made trade deals with other governments both east and west. Venice had on-again-off-again deals with the Ottomans. Her merchants became rich and brought money into Venice. Her government built ships and rented them to merchants so just about anybody could get in on the trading business. Her shipwrights revolutionized ship-building: instead of building the hull first and then installing the ribs and braces, they built the ribs first and then nailed planks to them. Venetian ships were lighter, more flexible and well-suited to the Adriatic and Mediterranean Seas.

The Venetians created a trade monopoly—nobody else could play. She maintained a navy to protect her sea-trade routes which were hers exclusively. It may have happened that the Ottoman Empire was in direct competition with Venice as she became a powerful republic. That may have been a reason for the Ottomans ending trade with the west.

It may also be that other European cities wanted to get in on sea-trade action but were unable to break Venice’s monopoly. The upshot was that with new, speedier ships, merchants were looking for different ways to do business. That meant finding new and different trade routes that weren’t controlled by Venice or the Ottomans.

Did the Ottoman Empire really shut down European access to Central Asia’s Silk Road trade in 1453? from AskHistorians

If you ever have the chance to visit Venice—go. It’s probably the loveliest place I’ve been. 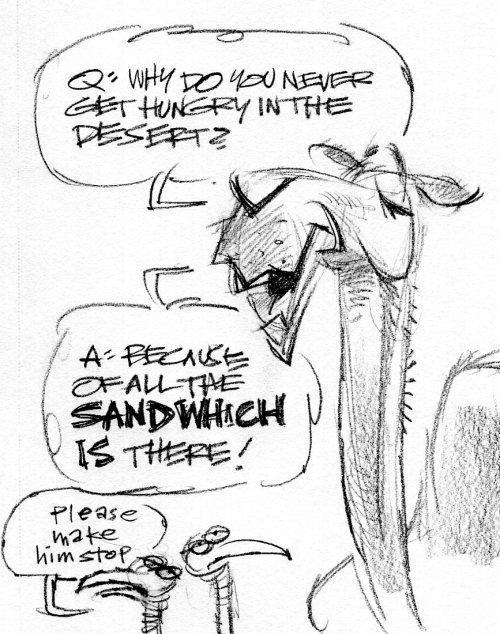 By the 1300-1400s ad the Ottoman Empire, starting in Turkey, conquered lands to their east and west. The Ottomans wanted to create an empire to spread the religion of Islam. They fought the Byzantine half of the Roman Empire and won. The capitol city Constantinople was renamed Istanbul. In ad 1453 the Ottomans stopped trade with the west and closed that section of the Silk Road. That put an end to Europe’s trade with China. The problem was people in Western Europe liked Chinese silks and spices—and they still wanted to buy them. But how to get to China if not by land?

Yeah, the sketch in my last post was kind of blah. Here he is with improvements: bigger, more active camel; Marco is bouncing around on the saddle. I think it’s better and a little funnier. 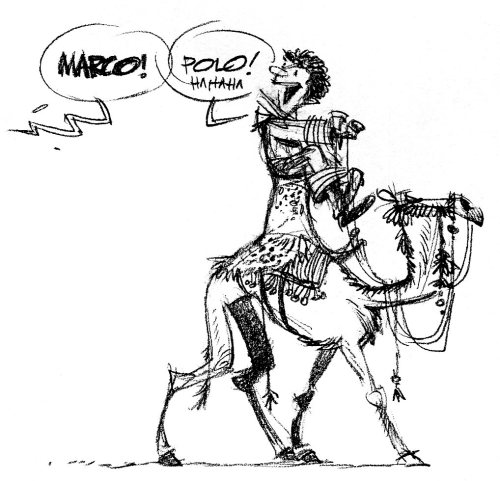 Niccoló Polo begins to regret bringing his smart-alecky kid along on the big China trip.

Probably the Silk Road’s most famous traveler was Marco Polo (ad 1254-1324). Marco’s family were merchants from Venice, Italy. His dad and uncle had already traveled all the way to China and back. They decided to make a return trip and bring 15-year-old Marco this time. Marco Polo wrote all about his travels and his book became a bestseller (remember, this was before moveable type so books had to be hand-copied). He described the romantic places along the Silk Road (Samarkand, the Hindu Kush, Kashmir, Xanadu), the exotic goods that were traded, and the size and wealth of China. The Polos would not return to Venice for 24 years.

You can see it was no easy trip. When you weren’t sunburnt from shlepping across a desert you were frozen from climbing over the mountains.

I mentioned sometime back that a feature of civilization is that people like to buy and sell stuff. This is called commerce, where you trade something you have for something you want. The people of Western Europe traded with people of other civilizations—even as far away as China.

Trade goods were carried by merchants from Europe to China and back. They traveled along the Silk Road (actually several roads or routes) that crossed the whole continent of Asia. They’d take goods from Europe like horses, grapes, honey, gold & silver and trade them for Chinese goods like silk, tea, spices, rice, paper and gunpowder.

The Silk Road was originally set up by China’s Han Dynasty in 130 bc. Merchants didn’t necessarily travel its entire length—there were trading posts along the way. One section of the Silk Road was the Persian Royal Road. It was used as early as 500 bc to send messages across the MidEast. Messengers would stop at changing posts to hop on a fresh horse. 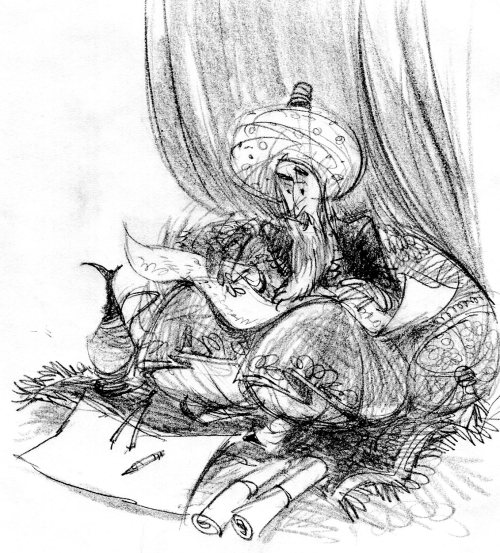 With only a jug of wine, a loaf of bread and thousands of calculations, Omar Khayyám works out a new calendar

ad1075. In Persia, using the Hindu-Arabic decimal system, Omar Khayyam introduced a new calendar. The length of the year was measured as 365.24219858156 days and is very accurate. It didn’t catch on in the West.

More Maimonides from my pal Ilene

Ilene Winn-Lederer is a talented illustrator pal of mine. She’s written about  Maimonides and also created this beautiful image of him. I asked her to contribute her thoughts about Rabbi Moshe—here’s what she has to say. Incidentally, if you like Ilene’s illustration it is available as a print. Purchase info is at the end of this post.

Here is the text I promised to send. You may know this info but it’s what I provided to the JCC and the Jewish Healthcare Foundation when the painting was exhibited and later purchased. MAIMONIDES’ DREAM 1998
Sumi Ink, Acrylic on Paper 20″ x 24″

Maimonides… rabbi, physician and foremost intellectual figure of medieval Judaism is depicted in this acrylic on paper painting. As the prolific writer whose ideas about philosophy, religion, and medicine continue to influence these disciplines today, he is best known for three works: his commentary on the Mishna, his code of Jewish law, and his ‘Guide of the Perplexed’.

Born Moses Ben Maimon to an educated, distinguished family on March 30, 1135 in Cordoba, Spain, he lived in a time when nearly one-fifth of the people in Southern Spain were Jews. In 1159, a fanatical Islamic sect began to persecute the Jews of Cordoba and the family left Spain for Fez, Morocco. There, Maimonides began his study of medicine, but again his family fled persecution and moved to Palestine. By the 1160’s, they had finally settled in Fostat, Egypt, near Cairo where the practice of Judaism was permitted. Soon after their arrival Maimonides’ father and brother died and Maimonides began to practice medicine to support his family. He was in great demand for his learning and skills as a physician, and soon became court physician to Sultan Saladin. Maimonides also lectured at the local hospital, maintained a private practice, and was a leader in the Jewish community. Maimonides died on Dec. 13, 1204, and was buried in Tiberias near the Sea of Galilee.

I have envisioned Maimonides embracing the Torah, which is encased in a Sephardic style container known as a ‘tik’. He is seen in flight reflecting the phases of exile he and his family endured. His Egyptian sojourn and subsequent rebirth of his career as a physician is represented by the phoenix, which according to legend, was originally called the Bennu. It was associated with the Egyptian deity Osiris and identified as a heron with its long, straight back and two erect head feathers. Later named Phoenix by the Greeks for its brilliant red-gold plumage, this mythical bird was said to create itself from the fire that burned on the top of the sacred Persea tree in Heliopolis. Rising from the ashes, it symbolizes healing and immortality, just as the new sun rises from the old. The burning spice tower on the horizon alludes to the Golden Age of Spain when Judaism and Islam lived harmoniously. The tower burns, but is not consumed because of the memories that survive to become hope. Finally, the sun and moon image represents the timeless nature of dreams.

Thanks, Ilene! Here’s where you can purchase a print of MAIMONIDES’ DREAM:  http://magiceyegallery.com/PicturePage.aspx?id=42

Posted in self promotion, Western Civilization