If someone hands you an empire, the first thing you do is start a program of organization and standardization. How do I know this? Look at Darius. Darius managed the Persian Empire with a highway system, postal service and standard weights and measures (including currency). He put up stones chiselled with imperial messages in 3 languages.

Alexander the Great enforced a program of Hellenization—everybody had to speak Greek and adopt Greek culture, laws, religion—across the diverse regions he’d conquered.

Caesar Augustus updated the Roman Empire’s highway system and standardized its weights and measures. His chiselled proclamations were in square capital letters in classic Latin.

Charlemagne inherited Rome’s road system and Rome’s standard weights & measures, so no major overhauls needed there. Communication was the big problem—language. The Church and whatever was left of the government used mediæval Latin. Depending on the tribe or kingdom, regular shmoes spoke Frankish/French/Gallic or German or Anglo-Saxon or Irish or Flemish or Italian or Czech or Polish. Writing was done by scribes (monks), in monasteries, in Latin. They wrote in ink on parchment using broad-nibbed pens. It was natural, since pens are more flexible than chisels, that writing would become rounder, more flowing, more cursive. Monasteries were isolated so each one developed its own version of cursive writing. To sum up: every tribe in the Holy Roman Empire spoke a different language. The one language—Latin—that might have been universal was written differently in every monastery. 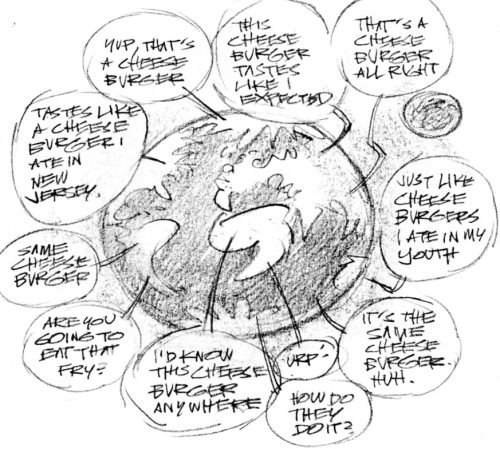 (I don’t want to be misunderstood: this post is NOT some kind of sneaky endorsement of the bloated, pork-laden, power-grabbing “infrastructure” bill currently being promoted by the U.S. administration.)