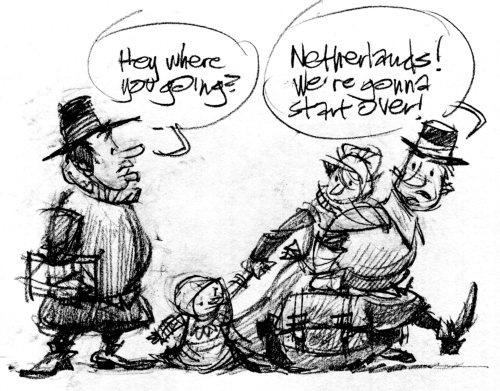 Other English people threw up their hands and said ‘It can’t be fixed. Gotta start from scratch.’ They wanted what the Puritans wanted but decided to start over in a different country. Those guys were called ‘Pilgrims’ and they moved to Holland (the Netherlands)—a country tolerant of other people’s religions.

There’s a hair salon in the village of Scrooby famous for their signature ‘do. http://www.finedictionary.com/Pilgrim.html