Carl Fisher was a guy with big ideas. He’d already built the brick-paved Indianapolis Motor Speedway and started the Indianapolis 500. He drained a swamp in Miami and turned it into a beach resort.

In 1912 Carl Fisher had the great idea to build a transcontinental road for cars, just like the transcontinental railroad for trains. As we saw with Theodore Judah and the transcontinental railroad, the really tough part is getting financial and political backing—and holding onto it. Fisher formed an association to promote his highway; looked for backing from automobile manufacturers (Ford said no dice, for his own reasons); and tried to convince state governors to get behind his idea. It must have been frustrating and exhausting. Frank Seiberling, president of Goodyear, and Henry Joy, president of the Packard Motor Car Company*, did throw their support behind Fisher’s idea. Joy named it the Lincoln Highway. Still, by the time Lt Col Eisenhower took his military convoy across the Lincoln Highway in 1919, it was a hodge-podge of paved sections and dirt sections.

In 1921, the federal government passed the Federal Highway Act, which matched whatever money the states spent on highways. This allowed the Lincoln Highway to be finished and paved.

Of course, there were other highways being built. They all had names, like the Lincoln Highway. It was eventually decided on a federal level that highways ought to be numbered, to be less confusing. For a while there, the poor Lincoln Highway went by 5 or 6 different numbers to identify mere sections of it. Nowadays it’s Route 80 all the way from New York to San Francisco.

*I like Packards. They used to be affordable classic cars. I once knew a priest who kept a handful of Packards in the church’s garage. He used them to teach troubled neighborhood boys auto mechanics. Father Dave—RIP.

Probably no one appreciated the value of a nationwide road system for quickly transporting troops and military vehicles more than Dwight D. Eisenhower. As a U.S. Army lieutenant colonel in 1919, Eisenhower headed up the Transcontinental Motor Truck Convoy of 72 vehicles and personnel. It was a cross-country trip whose purpose was to see how well heavy military vehicles traveled America’s roads. They didn’t travel very well at all. Trucks and tanks needed constantly to be pulled out of gullies or quicksand along the unpaved roads. It took them 2 months to travel from New York to San Francisco along the 3,400-mile-long Lincoln Highway.

In 1913, a group of wealthy German automobile enthusiasts started building something new: a motorway—a road for automobiles only. It was designed for fast driving. You wouldn’t have to slow down or stop for horse-drawn wagons or buggies. It had four lanes—2 lanes for each direction with a wide median (grassy area) between them. It was called the autobahn.

The first 19 kilometer section near Berlin was experimental. It was a success!—a dream to drive a car on—and so through the teens, 20s and 30s the autobahn got expanded. It didn’t get expanded very quickly, though. Work stopped while Germany fought World War I. After they lost the war there was economic depression. For the many Germans out of work, the autobahn must have looked like a project for rich people who could afford cars. The autobahn was built a piece at a time, financed by local government or wealthy investors.

During that time of economic crisis, the Nazi (National Socialist) Party was gaining popularity. The party leader, Chancellor Hitler, at first rejected having anything to do with the autobahn. After all, the Nazis were supposed to be about helping the little guy, the guy who couldn’t afford a car. Eventually, though, Hitler recognized the propaganda value of seeing Germans at work on the motorway, making it seem as though the German economy were booming. He had himself photographed with a shovel wherever the autobahn was being constructed. Hitler also recognized the value of having a nationwide road system for quickly transporting troops and military vehicles (cue the ominous music).

The History of Autobahn

September 4,1891 – The Autobahn designer is born

Planks for the memories

Pretty soon lots of people owned cars. Driving around was interesting back then. Europe had roads dating back to Antiquity, paved in stone. In America, paved roads weren’t exactly a thing. Unpaved roads are merely dirt that turns to mud in the rain. 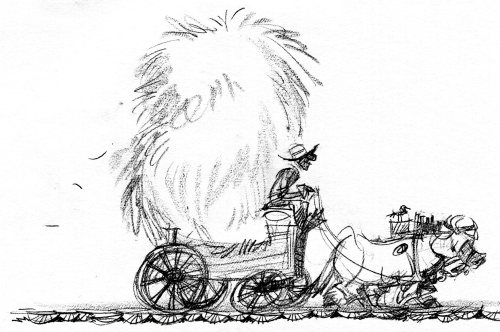 Soon after the annual Spring thaw in August, farmers bring their goods to market.

For about a decade in the mid-1800s, there were plank roads. Lots of trees, so let’s make roads out of wood! Plank roads were going to be the next big thing in Central New York State. They didn’t last through too many of those brutal Central New York winters, though. The wooden planks got wet, froze, thawed and turned to mush. I’m kind of surprised nobody saw that one coming. In winter, Syracusans measure snow by the yard.

Henry Ford figured out how to produce gas-powered cars quickly and inexpensively.

First, he used standardized, interchangeable parts. The passenger door for one Model T automobile will fit on any other Model T. Same with the axles, wheel rims, door handles, pistons, cylinders, cup-holders, nuts, bolts—nothing on the car needed to be specially-made.

Second, Ford introduced a moving assembly line. Instead of his builders moving from car to car, cars moved from crew to crew, pulled by a chain down the line. Each crew had a specific task, like putting the doors on, attaching the wheels, installing the engine, or painting the body. That might get repetitive but—they could build a whole car in an hour and a half.

Can you imagine that? Cars were shooting out of that factory so quickly that Ford could charge a low price for them and still make a profit. The steam cars were expensive because they were more or less custom-made. So people bought gas-powered Model T Fords.

I’m clicking on all 4 cylinders this morning

Why don’t we drive steam cars today? What happened?

In a steam engine, a burner heats water in a boiler to create steam which pushes a piston in a cylinder. The burner and boiler are outside of the cylinder, so we say a steam engine is an external combustion engine.

A real simple diagram of 4 pistons pushing a drive shaft around.

What if you could put the heat and fuel inside the cylinder? That would be an internal combustion engine. Instead of just one, the internal combustion engine has several cylinders with moving pistons. Each cylinder gets a squirt of air and gasoline injected into it. As each cylinder connects with a spark plug, a spark ignites the gas and makes a little explosion. The explosion pushes the piston. The piston pushes a drive shaft. The drive shaft turns a car’s wheels.

How a steamer engine works

Last post I wondered why a steam car doesn’t have a smokestack. Here’s what I think the differences are between a steam car and a railroad locomotive.

Here’s a simplified diagram of how a steam car engine works.

Here’s the burner. Kerosene goes in as a vapor—like the burner on a gas stove. The gas comes out through the little holes where it catches on fire.

In the locomotive, hot smoke and steam (from the cylinder) are combined and expelled through the blast pipe. They leave a vacuum behind as they shoot upwards which draws air into the firebox and makes the fire burn hotter.
In the steam car, the water in the boiler is contained—it’s under pressure as it becomes steam. The steam only leaves the boiler through a pressure-relieving valve or else it goes into a condenser as water, to be heated into steam again.

Here’s the boiler for a steam car.

I suppose there is an exhaust pipe for the burnt-up gas on the steam car but I didn’t see one.

Oh, yeah, we got your steampunk

The steam engine and railroad extended civilization’s reach. There was hardly a city on Earth you couldn’t get to by railroad.

It seems almost selfish and ungrateful to point this out, but…once you get used to the idea of traveling wherever you want, you start to think about traveling whenever you want. How much fun would it be to travel where the rails don’t go—and not worry about a train schedule?

Of course people still traveled on horseback or by horse-and-buggy. Horses need food and water, though, and they poop (that made a town’s streets pretty unsanitary). If you travel long distances, you’ll want to replace your horse at intervals so you don’t run him to death. There are drawbacks to long-distance horse travel.

So you think, why not use steam to power a personal car—like a small locomotive? There were disadvantages: the boiler needs time to heat up before you can use it. An engine strong enough to propel a car has to be big. Fuel (coal or wood) takes up space. You have to keep feeding the fire. You need gallons and gallons of water. Many challenges to overcome!

Nevertheless, there were steam-driven road-machines, and they were magnificent.

Jay Leno takes us for a ride in his White steam car—https://www.youtube.com/watch?v=wBU8IPyUyTk
And check out this baby—https://www.youtube.com/watch?v=M9FuCDRRb7k
Face it, the guy really knows his steam—https://www.youtube.com/watch?v=5Me8b0ed59s
I’ve been to the Pioneer Steam and Gas Engine Society shows in Western Pennsylvania and they are a blast! Maybe next year we’ll get our sanity back—http://pioneersteamandgas.com/
https://en.wikipedia.org/wiki/Steam_car
Here’s everything you need to know about how a Stanley steam carriage works—http://www.stanleymotorcarriage.com/Parts/howitworks.htm
I must admit, I can’t figure out why there isn’t a smokestack. I know the steam car is using liquid fuel instead of wood or coal. Is it because the whole design is contained and under pressure? I guess that’s it but I would expect there to be some exhaust.
This article makes the case for stream-driven cars—https://www.carkeys.co.uk/news/why-does-nobody-make-a-steam-powered-car