The Channel of old England

More from Starry Forest’s The Three Musketeers. D’Artagnan must cross the English Channel to collect the Queen’s jewels from the Duke of Buckingham—and so restore her honor. Here’s our hero braving the sea-spray on the fo’c’sle deck. Thumbnail sketch, tight sketch, color sketch, some work in progress, final art. 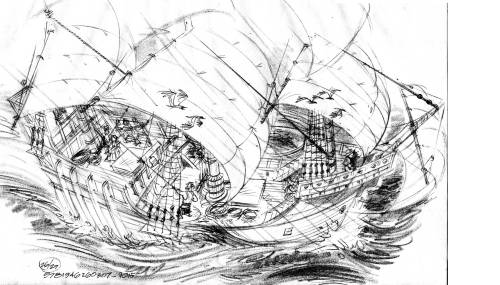 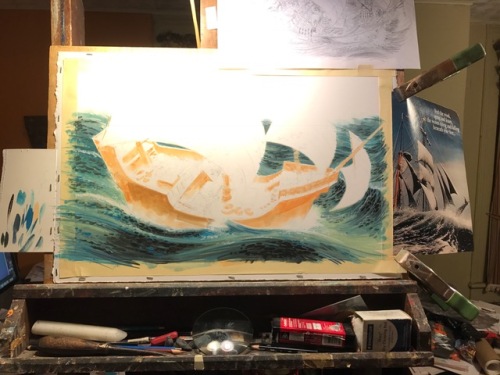 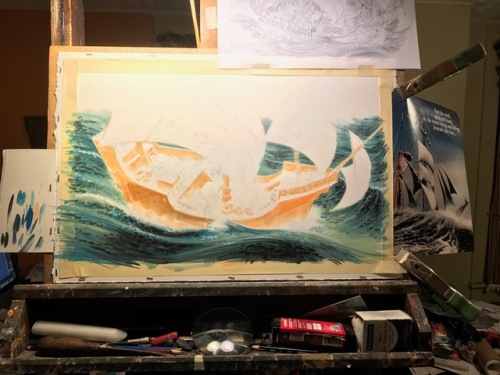 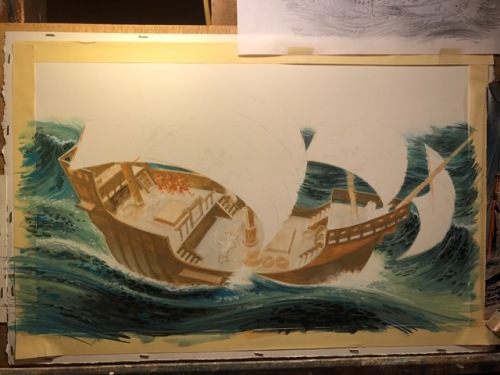 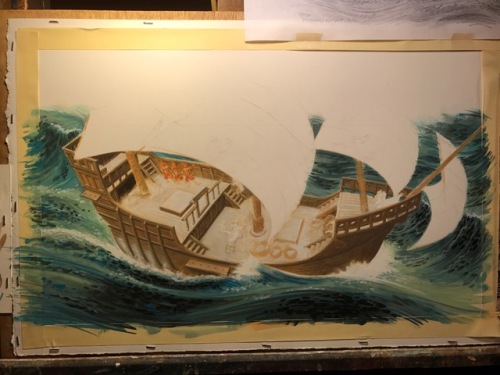 The Isles of Scilly

I said it would take an awful catastrophe to motivate sailors to find accurate longitude.

During a horrible storm on October 22, 1707, not knowing their position (there were differences of opinion among the captains), four Royal Navy ships were wrecked on these islands. 1550 sailors lost their lives—it was one of the worst disasters in British naval history.

Those sailors thought they were far enough south of the rocks to sail east into the English Channel. They were wrong. They struck the rocks, were shipwrecked and drowned. May God rest their souls.

I’ve been joking around here—presenting the problem of longitude in a light-hearted, smart-alecky way. But you see how deadly serious it is not to know your position when you’re in the middle of the ocean during a storm.

Well, what was going to be done about it?

Sir Cloudesley Shovell and the Scilly Naval Disaster of 1707

https://www.rmg.co.uk/discover/behind-the-scenes/blog/1707-isles-scilly-disaster-%E2%80%93-part-1
While looking for info about Scilly, I found this masterful painted sketch of the rocks by Anna Kirk-Smith. I love its wildness. https://www.saatchiart.com/art/Drawing-Sea-Edge-Rocks-of-Scilly/988141/3626138/view