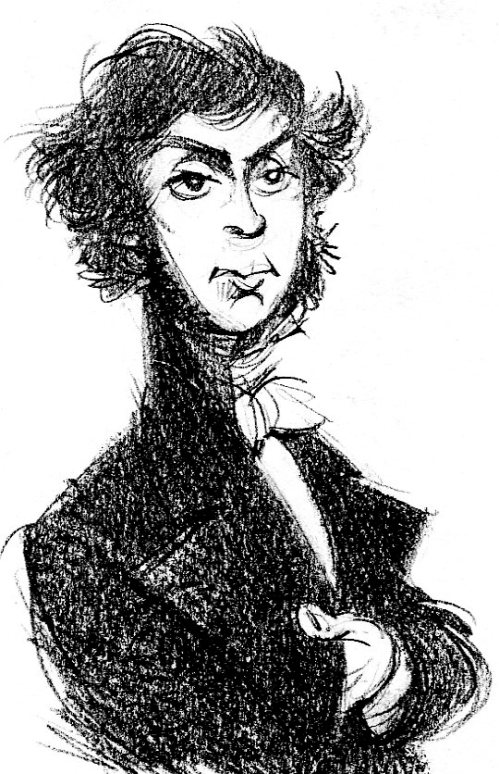 A cryptogram is a puzzle where the letters of words are replaced with ciphers. A cipher is any symbol. To ‘decipher’ a code is to replace the ciphers with the correct letters. I told you the secret to solving cryptograms: you look for a short, common word, like ‘the.’ Young began the process by correctly identifying the word ‘Ptolemy.’

Jean-François Champollion (ZHEHN frahn-SWAH shahm-pōl-YŌN) was the tireless French scholar who broke the hieroglyph code. He started with Young’s discovery and used the Greek words to decipher the hieroglyphic and Demotic versions. He figured out that Ptolemy’s name was a rebus—meaning that those symbols must represent sounds. That was a beginning. He still had years of diligent work ahead of him. Eventually, in 1822 he was able to show that hieroglyphic symbols could stand for things, ideas, syllables or sounds. Demotic symbols stood for syllables or sounds. He’d sorted out how the reader can tell which of those a symbol stands for.

And so, after thirteen centuries of silence, the hieroglyphics could speak again. Nowadays if you put ‘Rosetta Stone’ in your search engine you’ll get ads for a company that teaches foreign languages. The Rosetta Stone was so crucial to solving the hieroglyphics mystery that it’s become a symbol for understanding all languages.

Here’s a little scene from The Three Musketeers where our hero, D’Artagnan,  recovers from having been knocked out by Rochefort’s henchmen. Rochefort has a quick conversation with Milady DeWinter—and you can see that he has stolen D’Artagnan’s letter. That scoundrel! 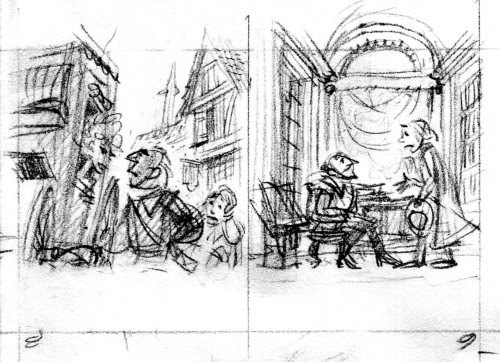 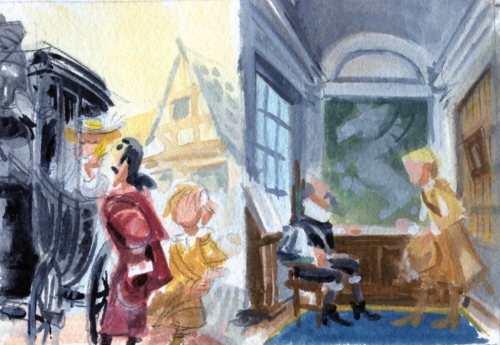 In the shadow of Notre Dame

Swordfight! D’Artagnan and the three musketeers abandon their plans to duel in order to fight the Cardinal’s guards. Thumbnail, tight sketch, color sketch, work in progress and final painting. From Starry Forest’s The Three Musketeers. 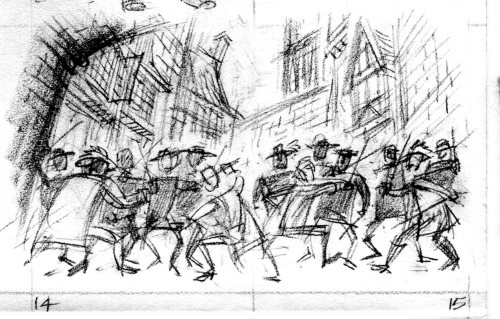 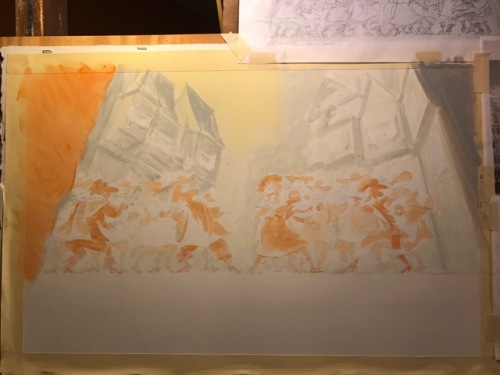 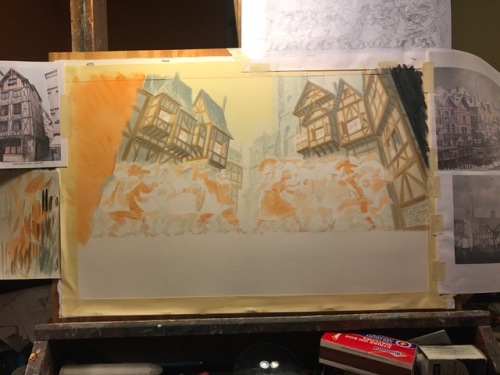 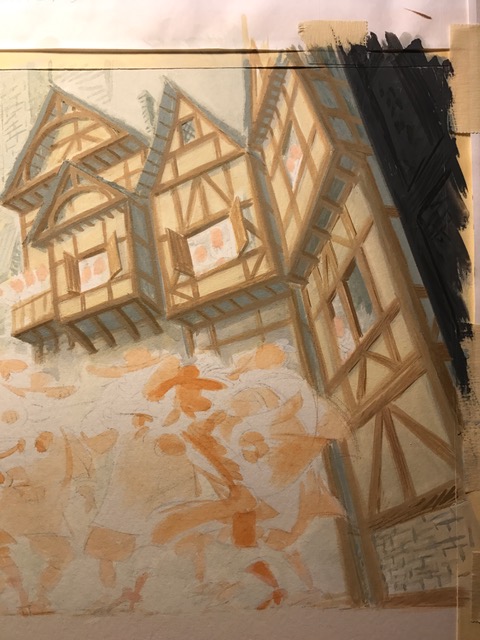 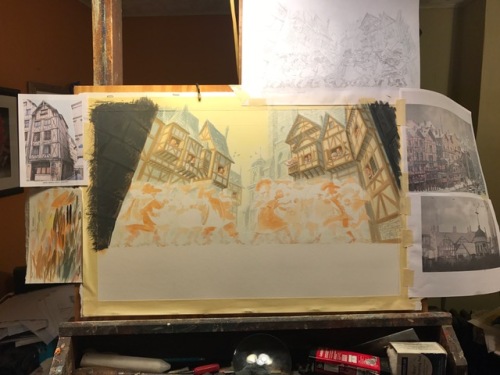 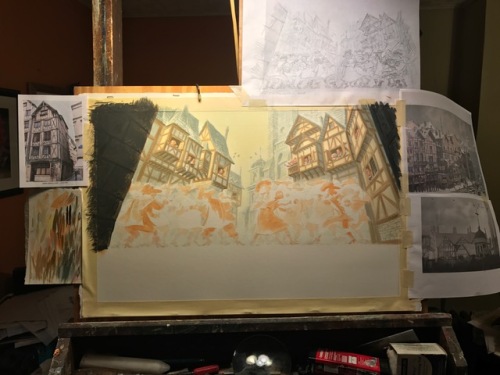 Here’s the opening scene in Starry Forest’s The Three Musketeers. Our young hero, D’Artagnan, desires to be a king’s musketeer more than anything in the world. And so he leaves for Paris. As he nears the city D’Artagnan meets the bully Rochefort who makes fun of his horse. D’Artagnan won’t stand an insult—even to his horse—so challenges Rochefort to a duel.

Here are: thumbnail sketch, tight sketch, color sketch, a couple of work-in-progresses and final art. Also a photo of the immortal Christopher Lee playing Rochefort. Linear perspective enthusiasts will notice that the vanishing point is where D’Artagnan is standing. 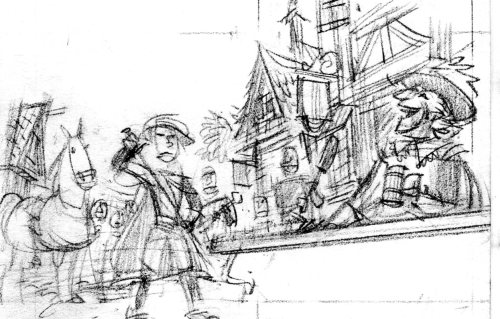 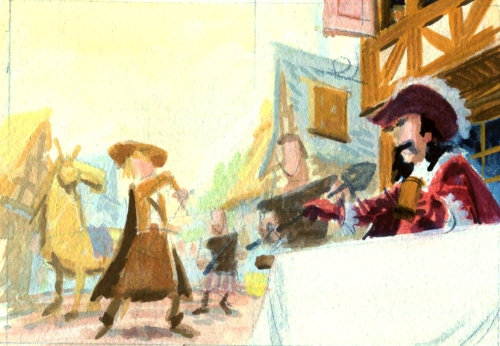 The Three Musketeers is here!

A while ago I had the pleasure of working with Starry Forest Books on their version of Alexandre Dumas’ The Three Musketeers for very young readers. I just got my advance copies so I guess it’s okay to show you the illustrations.

Here are character designs I submitted to get the job. It’s Porthos, Athos, Aramis and D’Artagnan. They’re based very loosely on the 1973 Richard Lester movie with Frank Finlay, Oliver Reed, Richard Chamberlain and Michael York (screenplay by the mighty George MacDonald Fraser). 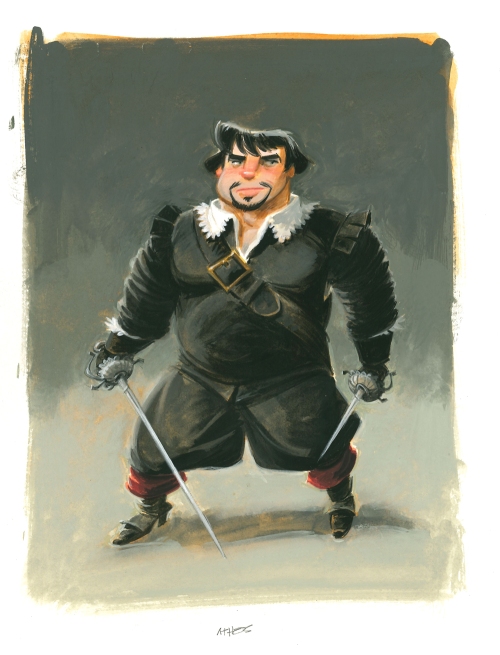 I tried, but couldn’t draw a tarmacadam picture half as wild as this one from an old French postcard of road-builders on le Champs-Élysées.

In Scotland, John Loudon McAdam designed roads made of layers of crushed stone, which are then steamrolled. Edgar Hooley improved McAdam’s process by covering the gravel with hot tar. The tar kept the gravel from forming wheel-ruts, and protected rubber tires from the sharp-edged stones. This whole shebang is called the tarmacadam (tarmac) process. Streets in Paris, France were the first to get paved this way. By the late 1800s the United States began paving tarmacadam roads. Driving a Model T would be less bumpy—and safer.

What’s the Difference Between Tarmac and Asphalt? 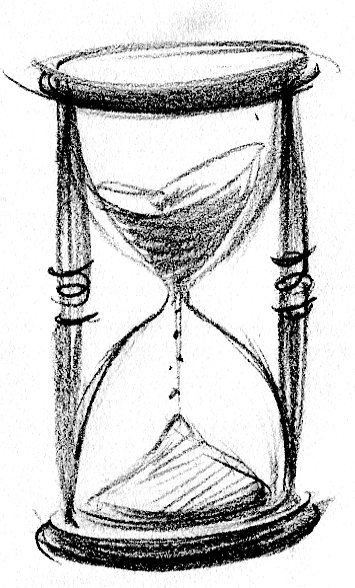 An hourglass is a device that measures time. It’s two glass bulbs joined together by a skinny neck. There’s sand inside, so when you set the hourglass with the sand-filled bulb on top, the sand trickles through the neck into the empty bulb below. The hourglass maker put in exactly an hour’s worth of sand, so when the top bulb is empty, one hour has passed. The whole contraption is contained in a frame so it can be stood on either end.

Hourglassses are sometimes called ‘sand clocks,’ but they’re timers. Remember the early Egyptian water clocks? They were timers, too, until Ctesibius figured how to make clocks out of them.

Legend says that a French monk called Liutprand (Lee-UT-prond) invented the hourglass in the 8th century ad. There doesn’t seem to be solid evidence to support or deny that. Charlemagne is supposed to have owned a 12-hour hourglass—Liutprand was French, Charlemagne was French, so maybe there’s a connection? And I guess I’d have to admit that at 12 hours, that hourglass was a clock.