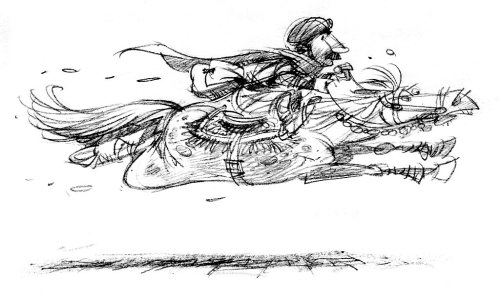 Darius built a road system to criss-cross the Persian Empire. His roads made it possible to send messages back and forth at unheard-of speed. There were changing stations along the way so his messengers could get a fresh horse and a meal. Persian royal mounted messengers became the primo reliable mail service. The Greek historian Herodotus’ description of their dependability became the unofficial motto of the United States Postal Service in our time—“Neither snow nor rain nor heat nor gloom of night stays these couriers from the swift completion of their appointed rounds.”

The Bull of Heaven 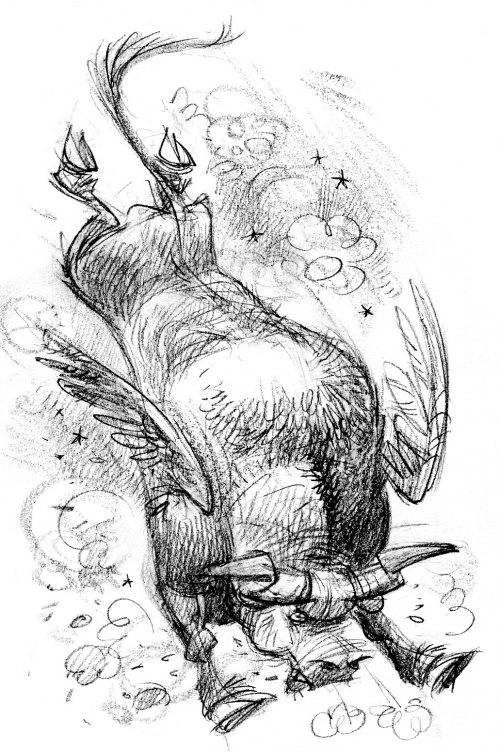 There are so many fun visual elements in the Gilgamesh story. I think it would make a terrific graphic novel, like 300.

One lively part is when Ishtar, the Goddess of Love, wants Gilgamesh for her boyfriend. Gilgamesh says no, Ishtar gets steamed and asks the other gods to send the Bull of Heaven down to Earth to destroy him (am I the only one who thinks it really funny that the gods worry about the Bull leaving giant-sized cow-flops all over the landscape? I am? Oh). Gilgamesh and Enkidu have to fight for their lives against the Bull. For the ancient Sumerians, the Bull of Heaven was/is a constellation—a group of stars. Thousands of years later we still call that constellation ‘Taurus’—Latin for ‘Bull.’

I realize now I should have put horns on my Enkidu character design. 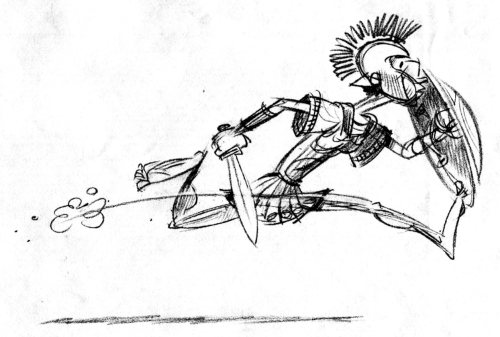 One of the important battles in the wars between the Greeks and Persians took place on the Plains of Marathon. Herodotus tells about how in 490 bc, when the Greeks were seriously outnumbered, a messenger named Pheidippides (Fay DIP e deez) ran from Athens to Sparta to get their help. Then he ran to Marathon to join the fight, THEN ran back to Athens to tell everybody that the Greeks won.

Around the world we still celebrate Pheidippides’ heroic run in races called marathons. If you run a marathon, it’s 26 miles and 385 yards—the distance from the Plains of Marathon to Athens. The very fastest runners have done it in a little over 2 hours!