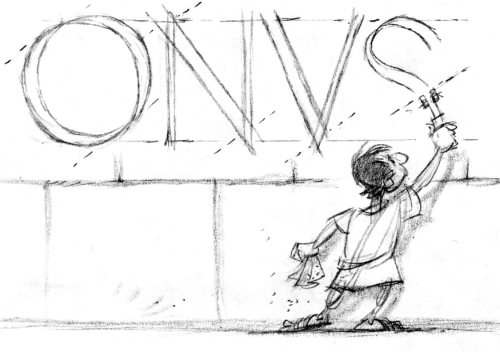 Meanwhile, big-shot Roman emperors needed to have inscriptions put up on walls and columns—letters were to be carved into stone. The letters had to be big and easy-to-read—legible. The guys carving the inscriptions must’ve sketched out the letters first. They mimicked the lettering you get from a broad nib by drawing their letters with two pieces of crayon in a holder.

Aside—’Writ large’ is a pointy-headed way of saying something is bigger and easier to read than another thing. I think Plato used it first: “The State is the individual writ large.”
https://www.collinsdictionary.com/dictionary/english/writ-large
https://grammarist.com/usage/writ-large/
https://www.quora.com/What-Plato-meant-by-State-is-individual-writ-large