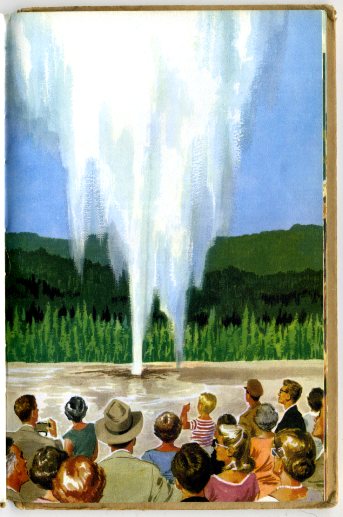 Our British friends, the Wallaces (John, Sarah, William & Sam) sent a delightful little children’s book about a British family who travel around the United States.  It’s titled: Flight Three, U.S.A., A Ladybird Book of Travel Adventure.  Story by David Scott Daniell, and what appear to be gouache illustrations by Jack Matthew—like the one of Old Faithful above. Published in 1959 by Wills & Hepworth Ltd, Loughborough.

As the title suggests, this book is part of a travelogue series.  This one’s about two British kids, Alison & John, who tag along on Daddy’s business trips.  They tour the United States while Daddy reels off information about their destinations.  When they stop by a farm in Middle America they eat hamburgers—’very large and delicious beef patties.’

I think we served hamburgers when the Wallaces visited us a few years back, on their tour of the United States.  We had tacos, too.  I met John and Sarah 10 years ago in Mexico on an illustrators’ retreat.  You can find a few of John’s images here. 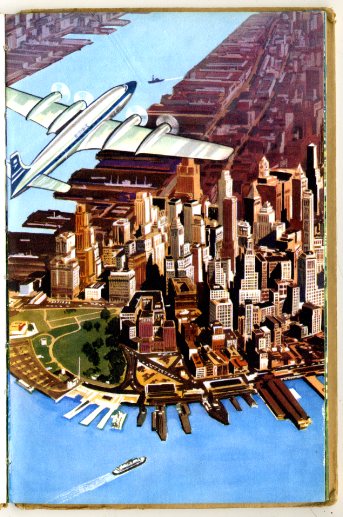